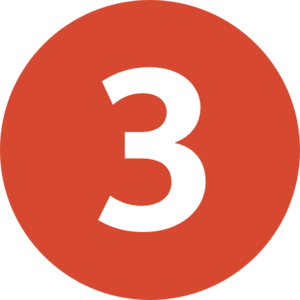 i was on the way home from office. these few days train as my main transport have a break down after so many year of service. it could be both train or the track.

i did see at glance the clip showing how they maintain all the trains and tracks few months back on tv. from cleaning the tracks, checking on breaking system or just to polish the wheels.

then i went down to the platform, first train came, everybody rush in and i decided to wait for next one, but this train door was not closing for few minutes. unusual thing happen at this time of rush hour.

come across my mind that the train will have a problem like few days ago then suddenly i was thinking to cut my hair, but decided to give a train another chance.

then come next train, i went in and get into the other side of door. just few second into the train, a speaker announces that it will be delayed. the train was packed with many people. i waited for awhile.

i called my mom, whether she has an dinner already or cook at home. she said, “she did not cook but going to have dinner with my sis”. and we chat for awhile. “I was in the train on the way home”, i said. that end our conversation, took around 30 to 45 seconds.

suddenly i was afraid of breathless, no enough oxygen to take. i probably have an anxiety of a small room.

there was a time when i was exactly on the same position, the other side of open door. in one station, everybody was rushing-in like no care and i was kind of try to protect my self to stretch my hand to give me a space between me and other. in seconds the door suppose to close but it did not, i was decisive enough to get out of that train.

this was the exact stand where we all shouted and jumped

a fun experience, i went to MTV World Stage concerts in Malaysia with friends and we got special tickets, it was in first row which was really close to the bands, we stood up, jumped and shouted all night long, thats what they expected as a front row crowd, Everybody.!! make a noise!!.

it was fun and i was not afraid of losing my breath on packed crowd because they limit the crowd and there was a space between crowd and the fence, and the fence with other crowd at the second row. secure enough so they will not climb across and make a mess. beside there were security personals so i did not need to check the fence.

i was really thinking about all bad possibilities there. uncontrolled crowd, no security personal and weak fences between crowd will probably need to avoid for me. i was afraid if they climb over and that row will be packed and i will probably will stuck in the center of the crowd with lack of oxygen
—

back to this night, i decided to get out of train and cut my hair and taking bus back home.

i am glad with my decision.three tasks were done indirectly in this single event.
first// tidy up my hair earlier than expected
second//my decision making is improved in speed and satisfaction.
third// prevent my self stuck in an uneasy situation.